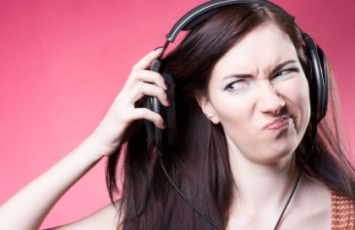 I swear, not a week goes by when I don’t see someone post something on social media about how there’s no good music these days. It’s like a rite of passage — once you hit a certain age the only music that matters anymore is what you listened to when you were young. We have short memories. Don’t you recall driving with your parents when you were young and hearing them complain about how today’s music isn’t as good as when they were young? Their parents probably said the same thing to them. They don’t make ’em like Glenn Miller anymore!

The thing is, if you think there’s no good music anymore you’re just not listening. Either that or you’re closed-minded. Yeah, I said it.

Yes, the artists you grew up with are always going to have a special place in your heart. Eighties alternative is the music of my youth and I still listen to it today. My queue is always filled with The Clash, The Style Council, and Tears For Fears. But I love music so I’m always on the lookout for new things. Yes, that includes old artists. I didn’t discover John Coltrane until my 40s and I just recently started listening to alt-country.

But that also means I make it a point to listen to today’s artists and in return I have found many wonderful bands that didn’t start making music until around the start of the 21st century. Don’t get me wrong, I’m not suggesting I like today’s “pop” music. Damn if I’m going to listen to Cardi B, Charlie Puth or The Chainsmokers. Bad music is bad music and most of what’s played on the radio today is trash — as was Top 40 pop back in my day.

No, you need to do a little digging to find today’s great music. For me, that means I listen to The Spectrum on SiriusXM or a cultivated playlist on Google Play Music like Feel Good Alternative or Coffee Shop Indie. I also read reviews and listen to cuts recommended at RollingStone.com and Paste Magazine. Technology has actually made it easier to find new music without having to shell out $12 for a full-length album only to be disappointed.

This kind of musical exploration has led me to some amazing music by wonderful artists — some of which have etched a place among my all-time favorites. Arcade Fire didn’t release its first album until 2003 and they are without question one of my favorite bands.

With that as background, and because I always like to share what I’m listening to, here are just some of the 21st-century artists I love, starting with my top 10 favorite “new” artists:

And here are a bunch of others I love:

There’s something for everyone on the list above (except for country or hip-hop because I don’t like most country or hip-hop). And all of them either launched after Y2K or close.  And if you don’t know some of them or haven’t had the chance to listen to some of them, just head over to Spotify or YouTube and give something new a try. You can’t argue with the cost.

Next time you think there’s no good music out there today, I encourage you to look and listen. Or send me a note and I’ll recommend something or make you a YouTube playlist!

I’ve spent the past four years blogging at Valley PR Blog, a blog I co-founded to help bring together the Phoenix area public relations community. VPRB was much more successful than I ever thought possible, and it helped me build a name for myself in the PR and social media world both locally and around the world. It was fun, but PR was never my passion.

These days I’m working for Apollo Group as a communications professional and that side of my life is fulfilled. But I still feel the need to write, and I’m most comfortable writing in the blog format. So recently I asked myself what would I like to blog about for which I have a passion? The answer was easy enough — I love movies, music and books. OK, maybe love isn’t a strong enough term. I live for movies, music and books. When I’m not working or hanging with friends and family I’m usually reading, watching movies and always…sometimes at the same time as the other things…listening to music. If you’re friends with me on Facebook you know I’m always posting about the songs I like, the films I’ve seen and the books I’ve read. It makes me happy to share my love for this kind of entertainment. That’s what this blog is about.

Through this blog I’ll be sharing my thoughts on movies, music and literature…and perhaps some other similar topics. I may provide a review, or perhaps just a quick mention of something I’d like to pass along. I’ll do my best to provide links to the things I blog about so you can get more information, and when I can I’ll embed a song or a clip as well. I hope you’ll offer your opinions too, since I get most of my best recommendations from my friends who also like movies, music and books. And of course, whether you agree or disagree with me, I hope you’ll feel free to tell me what’s on your mind.

Along with the launch of this blog, I’ve decided to attempt a silly blog challenge with inspiration from the film Julie & Julia. No, I’m not going to eat my way through Julia Childs’ recipes. Instead, I’m going to watch, in order, all of AFI’s 100 Years…100 Movies! I’m not giving myself a time limit, and my thoughts on those films will be interspersed throughout this blog, but I will try to get through all 100 beginning with Ben-Hur and ending with Citizen Cane between now and the end of the year. Interestingly enough, I have already seen 63 of the top 100…but most of them I haven’t seen in a while so it should be fun. And ironically, I’ve never seen Citizen Cane, which is considered by most aficionados to be the best film ever made. We shall see.

Thanks for reading and if you enjoy this blog please pass along the feed to your friends.