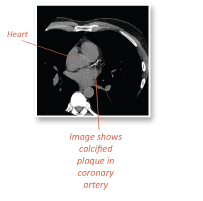 The most common question I’ve received so far from friends and relatives regarding my heart attack is how in the world did this happen to me? It’s true, on the surface I seem like the least likely person to have a heart attack. But the truth is, I was a ticking time bomb and had no idea. This much is true — I am thin, I run three miles three times per week, I do not eat meat with the exception of some fish, I have a relatively stress-free job and I see my doctor regularly. So why did I have a heart attack at 45?

I’m not sure we’ll ever fully know the answer to that question, but here are some other facts:

So what could I have done differently? What can you do if you have concerns about your own heart health? The first step is to see your primary care physician and get a blood workup. After that, make an appointment to see a cardiologist to get a baseline of your heart health. They’ll do an EKG and maybe even a stress test. I saw a cardiologist about 8 years ago right after my dad had his bypass. I was 38 and the doctor told me to take a baby aspirin every day, stay active, eat right and come back and see him in five years. I did not, and looking back he may have done a stress test at that time and found the blockage before I had my heart attack.

But there’s a new test that is available now that anyone can take and it can determine your likelihood to have a heart attack well in advance and it is non-invasive. It’s called a Calcium Score Test and it’s a simple CT scan that can show whether or not you have any blockages. Had I had one of these tests they would have seen my blockage and been able to go in and clear it out before I had a heart attack and before any long-term damage was done to my heart. Wow.

The test is available at many places around the Valley. Because it’s new, it is not covered by most insurance companies (why does that not surprise me? ) but it’s really inexpensive. You can get the test for under $100 at Abrazo and Chandler Regional for example:

Get smart for your heart!