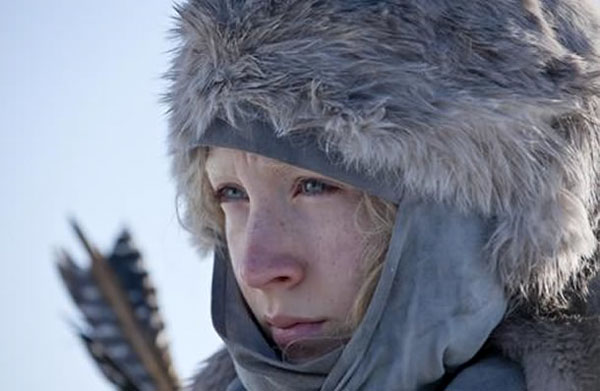 I wanted to see Hanna when it came out in theaters earlier this year but didn’t get to it, so this weekend we watched it on demand. Man was it ever worth the $5. I absolutely loved this film.

Hanna is the story of a 16-year-old girl who was raised by her father to be an assassin. As the story unfolds we find out why, and the story is really compelling. The plan is set loose with Hanna out for revenge on a CIA agent with a dark secret. The plan doesn’t exactly go as hoped, so Hanna is forced to journey on her own to meet back up with her father. The action is great as Hanna works her way toward her father with hired killers on her tail.

Hanna reminded me so much of two of my favorite films — The Professional and La Femme Nikita. Like Luc Besson, who directed those films, Hanna director Joe Wright understands how to get the viewers heart racing. The film is exciting from start to finish, and even during the slower scenes Wright keeps the intensity up using heart-thumping techno music from The Chemical Brothers. The music adds to the overall feel of the film — it has a real French feel even though Wright is British. If you’re not familiar with Wright, you might be interested to know his two films prior to Hanna were The Soloist with Jamie Foxx and Robert Downey Jr. and Atonement, a Best Picture nominee in 2008 (I thought it was indeed the best film that year even though No Country For Old Men took home the Oscar).

Also in 2008 the 13-year-old actress from Atonement, Saoirse Ronan, was nominated for a Best Supporting Actress for her performance. Wright knows a good thing when he sees it, so he cast Ronan as Hanna and she delivers big time. Her portrayal of the young assassin is so intense, but at the same time she can be so tender and reminds you that she is only 16 despite the fact that she was raised to kill. If you remember Ronan from Atonement you’ll undoubtedly remember those searing eyes. Those eyes should get a best supporting actress nomination themselves! The sky is the limit for Ronan, who also starred in The Lovely Bones in 2009 which I didn’t see but will add to my list.

Not to be outdone by the young Ronan, the villain in the film is played to perfection by Cate Blanchett. Always amazing, Blanchett plays a creepy CIA agent with a southern accent who knows Hanna’s secret and must kill her to hide it from the world. Eric Bana plays the father and he does a great job letting Ronan and Blanchett do their thing.

I was really blown away by this film and now I can’t wait for Wright’s next release, a new adaptation of Anna Karenina starring Keira Knightly and Jude Law. Wright is brilliant. Hanna could have been so cliché, but he delivers by creating an unmistakable European mood pumped up by the techno music and the intensity of his actors. Bravo!

One thought on “‘Hanna’ is a Bad Ass”